The Environmental Protection Agency’s finding Monday that carbon dioxide is among the greenhouse gases harming the environment could have a damaging impact on Michigan’s economy, some experts fear.

The EPA stated its endangerment finding included six greenhouse gases – carbon dioxide, methane, nitrous oxide, hydrofluorocarbons, perfluorocarbons and sulfur hexafluoride. It now has the ability to enforce regulations on businesses to meet its to-be-determined regulations under the Clean Air Act.

Experts said Monday that the EPA could take as long as a year to get new regulations in effect.

Michigan has the highest unemployment rate in the country at 15.2 percent and some worry more costs to business will only cause the jobs’ slump to continue. 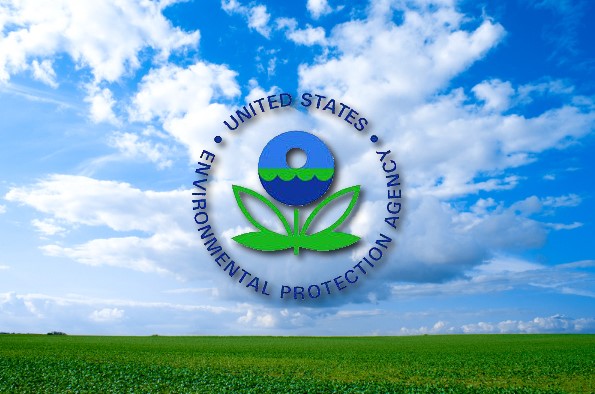 “It would have major impact,” said Russ Harding, who lectures on environmental issues across the state for the Mackinac Center For Public Policy. “Any industry would be covered on this. Shopping malls, commercial establishments. … It is a huge additonal cost for businesses just to regulate the fact they have boilers.”

Harding said businesses would have to apply for permits, which would be a lengthy process and could cost as much as $250,000.

“It’s a huge transaction cost at the very time businesses can least afford it,” Harding said.

Doug Roberts Jr., director of environmental and energy policy for the Michigan Chamber of Commerce, said they sent a letter in opposition to the EPA’s findings during the public comment.

“We are very concerned that the EPA has taken action,” Roberts said. “It could have a very negative effect on Michigan’s economy. The price of energy we would expect to increase, it would have wide ramifications. We are a manufacturing heavy state and manufacturers rely on affordable energy.

U.S. Congressman Pete Hoekstra joined in the protest of the EPA’s ruling.

“The administration is substituting the will of the Environmental Protection Agency and its bureaucracy for that of the American people,” Hoekstra said in a press-release. “In the absence of a bipartisan solution to America’s energy future and in an attempt to demonstrate progress at the climate summit in Copenhagen, the President has authorized the EPA to create rules for which Americans have not shown support through their congressional representatives. Instead, the United States should continue to work to improve the environment every day through technological breakthroughs and innovation. Adding more costly government mandates and increasing energy costs will result in further limiting economic growth and job creation in the currently struggling U.S. economy, especially in a manufacturing state like Michigan.”

The announcement came the same day representatives from 192 countries attended the Copenhagen Summit, which started this week and runs through Dec. 18. The countries may reach agreement on financial deals to cut emissions.

“This is timed to give Obama something to taken to Copenhagen,” Harding said.

Lisa Jackson, the EPA Administrator was nominated for the position by then President-elect Barack Obama in December of 2008. She was approved by the U.S. Senate.

“That increase is deteriorating the natural balance in our atmosphere and changing our climate,” she said in a televised press conference. “There is an overwhelming amount of scientific study show that the threat that is real as does the evidence before our very eyes

Mike Shriberg, the policy director of The Ecology Center in Ann Arbor, said businesses have to adapt to changing times.

“It’s pretty simple, really, Michigan businesses can continue to operate like it’s the 19th or 20th Century and ignore the ever-mounting economic, health and environmental consequences of climate change,” Shriberg wrote in an-email. “Or, they can try to position themselves as winners in the clean energy economy. China has already surpassed the US in growing clean energy jobs. Wind is now providing more jobs than coal in the U.S., yet a small set of special interests in Michigan and across the country is still following a “head in the sand” approach to the opportunity that addressing climate change presents. Michigan businesses have to be leaders in the 21st century if they are to thrive. Ignoring the scientific, cultural and economic imperative of climate change is looking to the past, not the future.”

Shriberg also said the EPA’s regulations will help fix some of the inefficiencies that corporations have in their use of power.

“There is huge levels of efficiency to be found just in our power sector,” Shriberg said. “We lose two-thirds of it before it is used.”

Next Post: From that Snickers at work, to water coolers to the late night at the bar, the tax man is knocking on the door