When senior economist David Littman said in May unemployment in Michigan could go as high as 17 to 20 percent, some were skeptical.

When Littman, a senior economist with the Mackinac Center For Public Policy, made his projection the unemployment rate in the state was reported at 12.6 percent for April.

Governor Jennifer Granholm’s office said at the time, they thought the year-end unemployment rate would be just above 13 percent, citing that was the conclusion of a University of Michigan study. 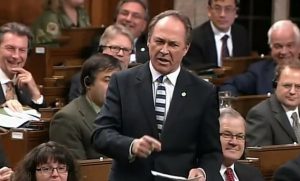 Michigan’s unemployment rate was 15.1 percent at the end of October, according to the U.S. Department of Labor.

And Littmann said there isn’t relief in sight as long as the economic policies in the state and nation remain in place.

Littmann retired from Comerica Bank in 2005 as senior vice president and chief economist after a 35-year career in charge of Comerica’s Economics Department and Research Library.

He said if you factor in discouraged workers and part-time workers who want full-time employment, that unemployment rate tops 26 percent in Michigan and 17 percent in the country.

For the unemployment rate to drop, there must be growth in the real gross domestic product for three consecutive quarters, Littmann said.

The U.S. Department of Commerce estimated that the country’s real gross domestic product – the output of goods and services produced by labor and property in the U.S. – increased by 2.8 percent in the third quarter. The real GDP decreased by 0.7 percent in the second quarter and dropped by 6.4 percent in the first quarter.

“The U.S. economy must have at least 3-percent real GDP growth for nine months before the unemployment rate goes lower,” Littman wrote in an e-mail. “This cannot occur unless tax burdens decline (they are rising, just as they are in MI), energy prices go lower (they are set to rise this winter), and economic certainty improves (with better incentives, both nationally and in MI). All the opposite forces are in play and guarantee rising unemployment rates for the state of Michigan and for the U.S.”

Littman wrote he’s sticking with his forecast that unemployment will rise to 17 to 20 percent over the next six months.

The state’s unemployment rate hovered around the 5-percent mark for much of the late 1990s. It got as low as 3.1 percent in April of 2000. 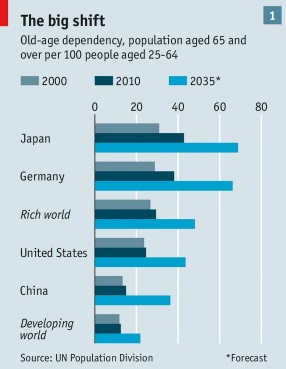 University of Michigan economist Don Grimes says the job market of 10 years ago is gone. He said it’s hard to know if the state can return to the 5-percent unemployment rates of the 1990s.

“I don’t think we will ever get back to the number of jobs we had in 2000,” Grimes wrote in an e-mail. “But the unemployment will decline as more people either leave the state or the labor force (through retirement for example). How long it takes to get back to 5-percent depends on how fast people move out or retire, as job growth – when it resumes – will remain fairly weak for a while. It could be five years, or 10 years, or longer, I really don’t have much of a clue, but I don’t see how it could be less than five years under any circumstances.”

Previous Post: State Representative Rick Jones said it is time to get rid of the First Gentleman’s paid staff
Next Post: Hoekstra and Rogers: Democrats idea of health care reform will bring a lot of taxes and uncertainty