When Mike Nofs ran for the 19th district state senate seat, there was some concern in the tea party movement that the Republican wouldn’t live up to their conservative vision of a reformed GOP.

Some conservatives pointed to his voting record as a former state representative as evidence that he was a RINO (Republican In Name Only).

So there was some eyebrows’ raised this week when Nofs was one of two GOP senators to vote no on Republican Senator Patty Birkholz’ legislation to reform how public schools define tenure for teachers. 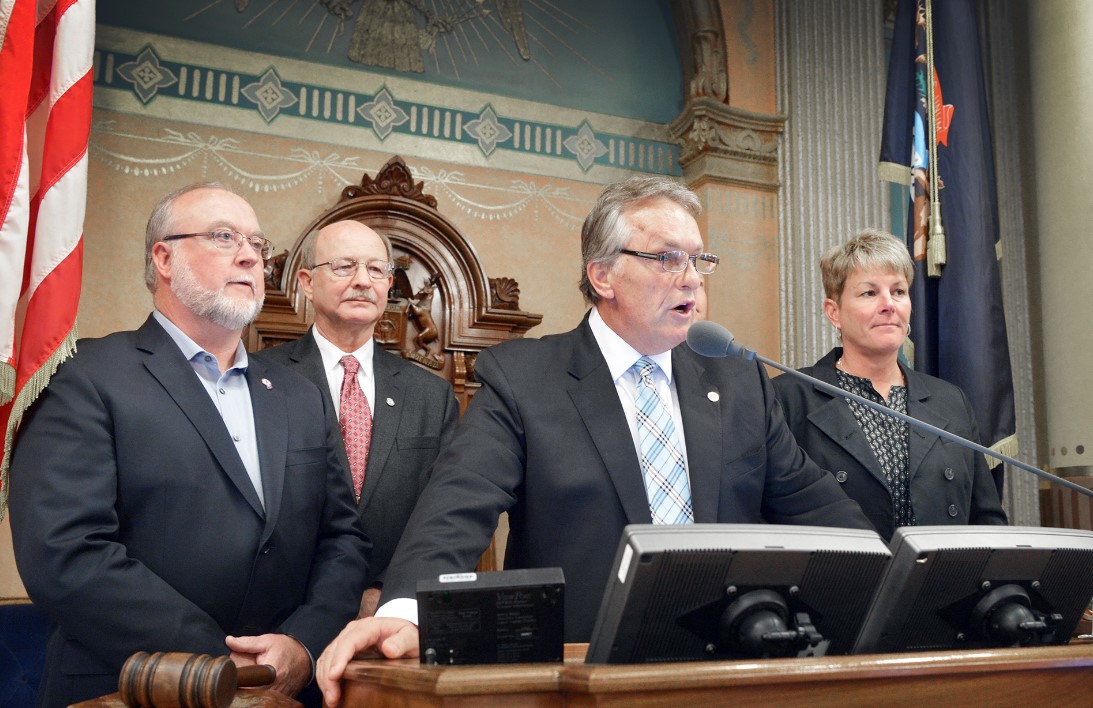 Senate Bill 638 claims that tenure laws make it difficult to dismiss teachers as well as give merit-based pay. Twenty of the 22 Republicans voted for it. Nofs did not. According to Michiganvotes.org, the bill passed by a 20 to 13 vote on Dec. 3. It has been received in the state house and referred to the Senate Education Committee.

Jack Hoogendyk, a conservative blogger affiliated with Americans For Prosperity, sent an e-mail blast to his readers calling attention to Nofs’ vote and questioned why the newly elected senator would vote against his party.

Hoogendyk inferred Nofs’ no vote could be because of contributions from the teachers’ union – the Michigan Education Association.

Birkholz said Nofs’ never told her specifically why he was voting no.

“He comes from a district where the MEA has a fair amount of clout,” Birkholz said.

Joan Fabiano, founder of the tea party group Grassroots in Michigan, said, “Mike Nofs’ record is not one that could be called conservative. The fact that he voted voted NO on a bill that would begin to address the problem of tenure is disturbing.”

Nofs said he votes to represent his district, which includes Jackson and Calhoun counties. Nofs estimated his district was 52 percent Democrat.

“What is my district?” Nofs asked rhetorically. “I’m a firm believer you are a representative of the people. … You can label me a RINO. … It is not about Mike Nofs. … I’m reflective of my district.”

“It’s not about a political ideology. It’s about doing what is right.”

Nofs said he voted against the bill because there was no mention of criteria for how to establish tenure and how to determined “if a teacher is a bad teacher.”

“I’m not going to vote for a bill that isn’t done,” Nofs said.

He did say he voted in favor of uncapping the number of charter schools in the state, which he said would upset the Michigan Education Association.